Now, in our product development journey of "Commits", we've built a Phoenix API as well as a React front-end and a Chrome extension to consume it. That's all great! But, then I thought to myself, what if you also built a Slack app so that when you typed /yololo in Slack, you'd get a random commit message on demand?

This is also not terribly difficult!

Head over to the Slack API to get started. Find the CTA for building a new app. Right now, it looks like this.

You can click on "Start building" or "Your apps" and end up in a view of your apps. Be sure to click on "Create New App" if you aren't prompted with a form to create a new app. Fill out the form and select your development workspace. 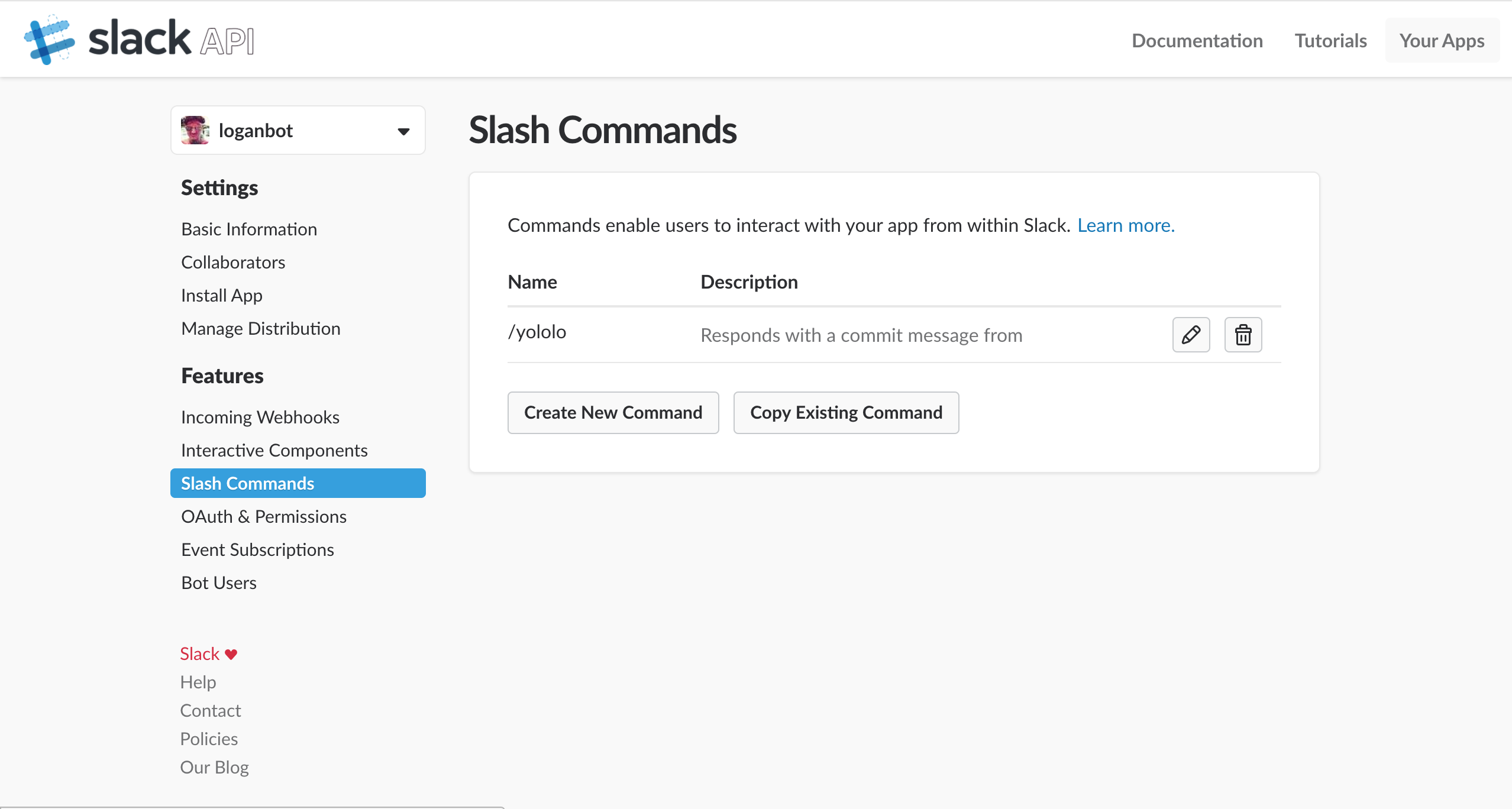 Next, click on your app and configure it. Add basic information and display information. In other words, give it a name and explain how it works.

Next, under the Features menu, click on "Slash commands." This is where you'll configure the command and the request URL for the app. 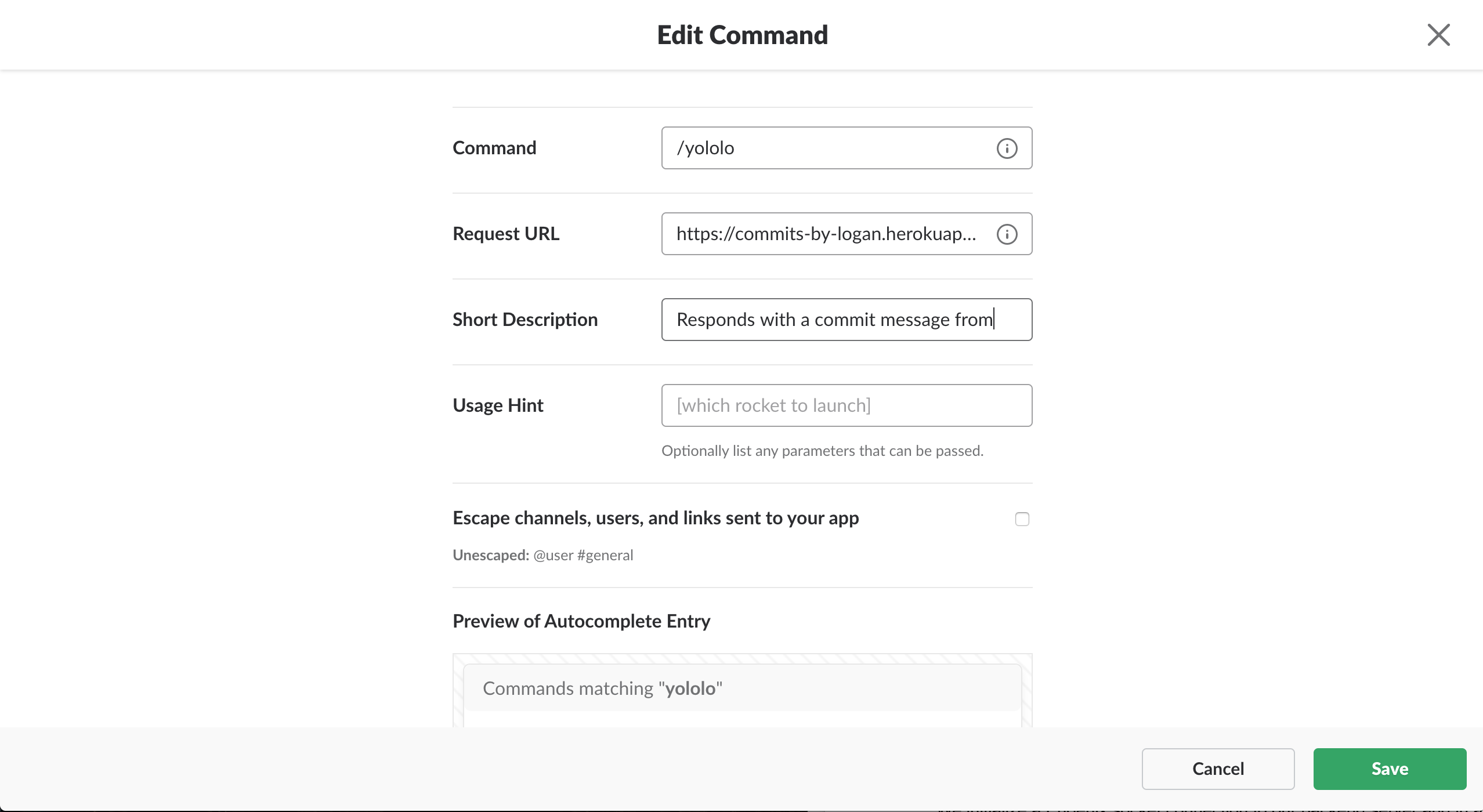 For my app, I made the command /yololo and the request URL https://commits-by-logan.herokuapp.com/api/help.

Finally, I created such an API endpoint in my Phoenix app. Code changes incoming. Because I'm just surfacing existing data in a different way, I simply added a new route to the router.

That will map a request to our URL to the help action in the CommitMessageController.

Adding the help action is fairly straightforward. Instead of returning multiple commit messages, we just need to select one at random.

The get_random_message function is something I had to add to the Log module.

You'll see that I'm making use of the :rand function from Erlang.

After the code changes were all set, I redeployed everything on Heroku and started using the command! It is equally hilarious, more so because I configured it in the Slack app with a photo of my co-worker. It's almost as though he's talking to everyone in the channel...but I made sure to identify it as a bot, chill.

Finally, that's a wrap on this project. Phoenix, React, ftw.