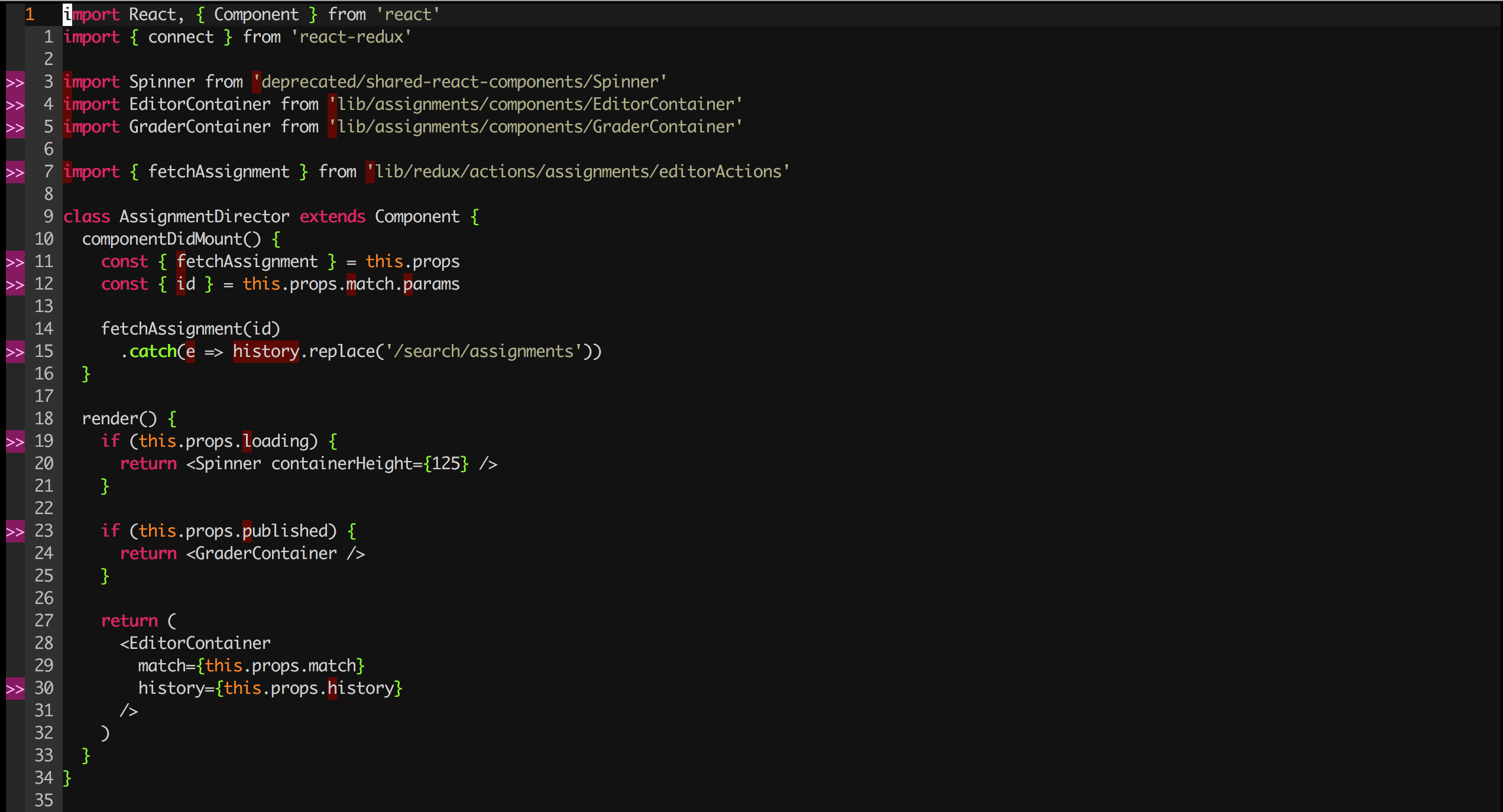 This would have been fine, but my team wanted more granularity over the rules we'd follow, so after some discussion, we decided to go with ESLint, and lint according to most of the rules of Airbnb's style guide.

ESLint is a highly configurable tool for well, linting. It finds patterns in JavaScript (ECMAScript) so that you can ideally have more consistent, less buggy code.

The setup instructions are fairly straightforward on ESLint's documentation. You should know that you can install it either locally or globally, that is within a specific project or for your whole system.

If you want to go with a global setup, you'll need to install all of the packages globally. The folks at ESLint recommned a local setup in general, but heck, I work on a lot of JavaScript, and I don't always want to have to install eslint. I want to follow a set of rules consistently. Thus, I opted for the global installation.

These are the commands you'll need to set it up with yarn:

And then some other dependencies:

Create a file called .eslintrc in your home directory. This can also be any parent directory that contains all of your work. I put mine in my home directory because all my configs live there anyway.

Essentially, this is a customization of Airbnb's style guide. I overwrite the rules for semicolons and commas at the end of a list because I don't like them. Airbnb talks at length about the benefits of semicolons, but that ship has sailed for me. I really don't want to add them back into my life.

3. Start linting, or integrate the linter into your text editor.

At this point, you coud run the command eslint on any JS file in your system and it would output the problems in your file. That's probably not how you want to integrate a linter in your workflow, however, unless you wanted to run the linter as prerequisite to merging.

What you more likely want is to integrate the linter into your text editor so that it highlights errors as you make them and (possibly) corrects them when you save.

I tested a couple solutions for my team's preferred text editors: Vim, Sublime, and Atom.

As I mentioned in previous posts, I'm going all in on Vim this year, so I started there. I had trouble installing Syntastic, which the ESLint folks recommend using. Instead, I set up Ale, which is a plugin for Vim that was actually easy to set up.

First, I installed Ale using Pathogen. I'm assuming if you're using Vim, you're familar enough with your chosen package manager to install this plugin using that.

Then, I wanted to expicitly specify which linters should be run for certain file types, I added these lines to my .vimrc.

Then, I also like to have my linter fix and format on save, so I set this config as well:

Open up Vim and now you should be in business!

If you want to set up ESLint locally instead, you can totally do that as well. ESLint will look first in the project for the closest config file. Finding none, it will keep looking in parent directories until it finds one. 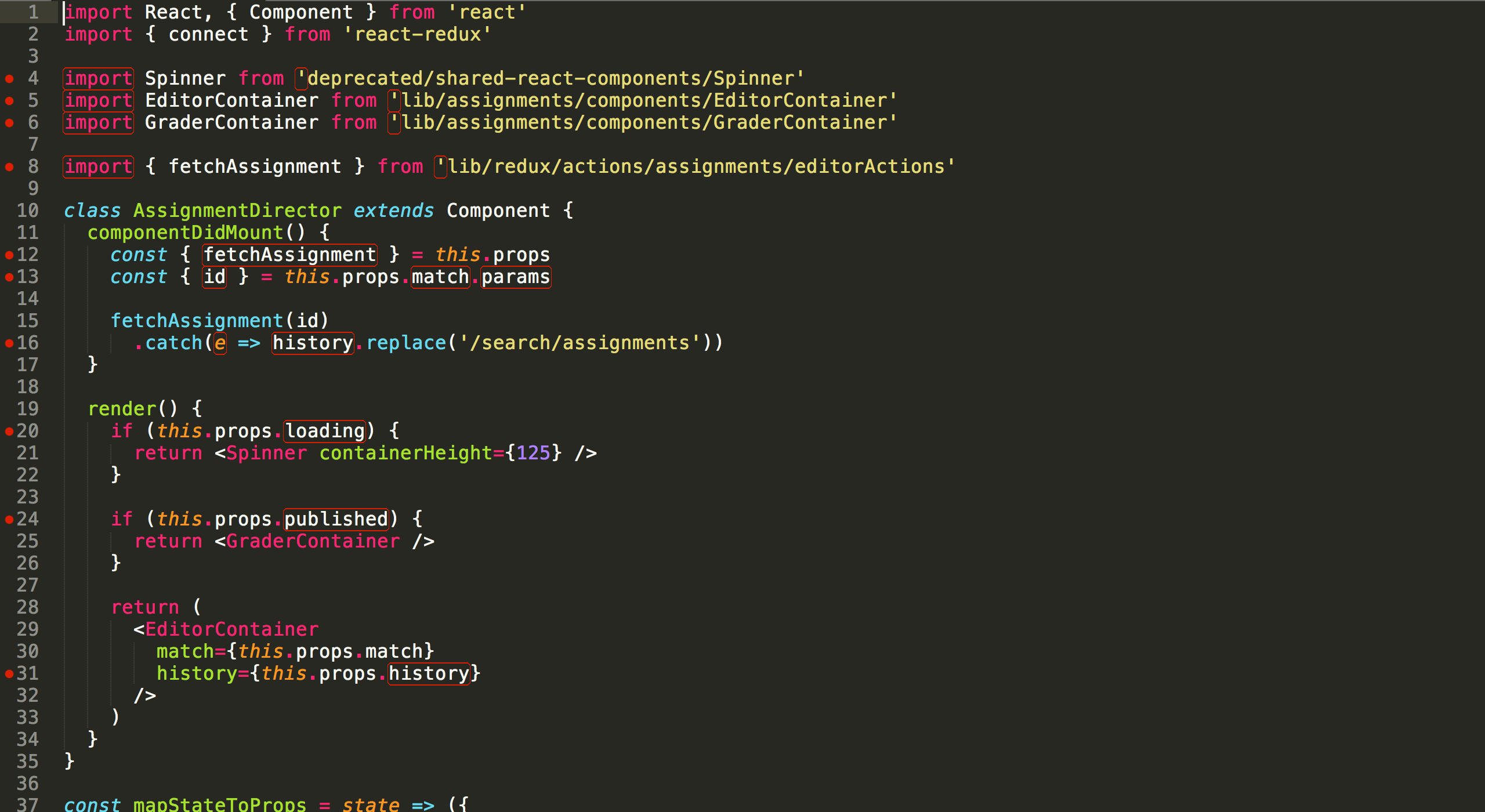 For integration with Sublime, I checked out SublimeLinter-eslint. This was also pretty easy to set up. First, you'll need to ensure that you have SublimeLinter installed. This is the linting framework that uses a number of plugins that do the actual linting. Then, I used Package Control to install the linting package, SublimeLinter-eslint, and then...started using it. Fortunately, it appears that eslint is in my system PATH, so I didn't have to check out how the linter executables work and all that jazz.

With ESLint and Sublime, I didn't see a config for formatting on save, so to do that, you'll probably need to set up Prettier. To me, Prettier has way too many options and too many opinions, but maybe I'll change my mind in a few months. I think linting is enough for now. 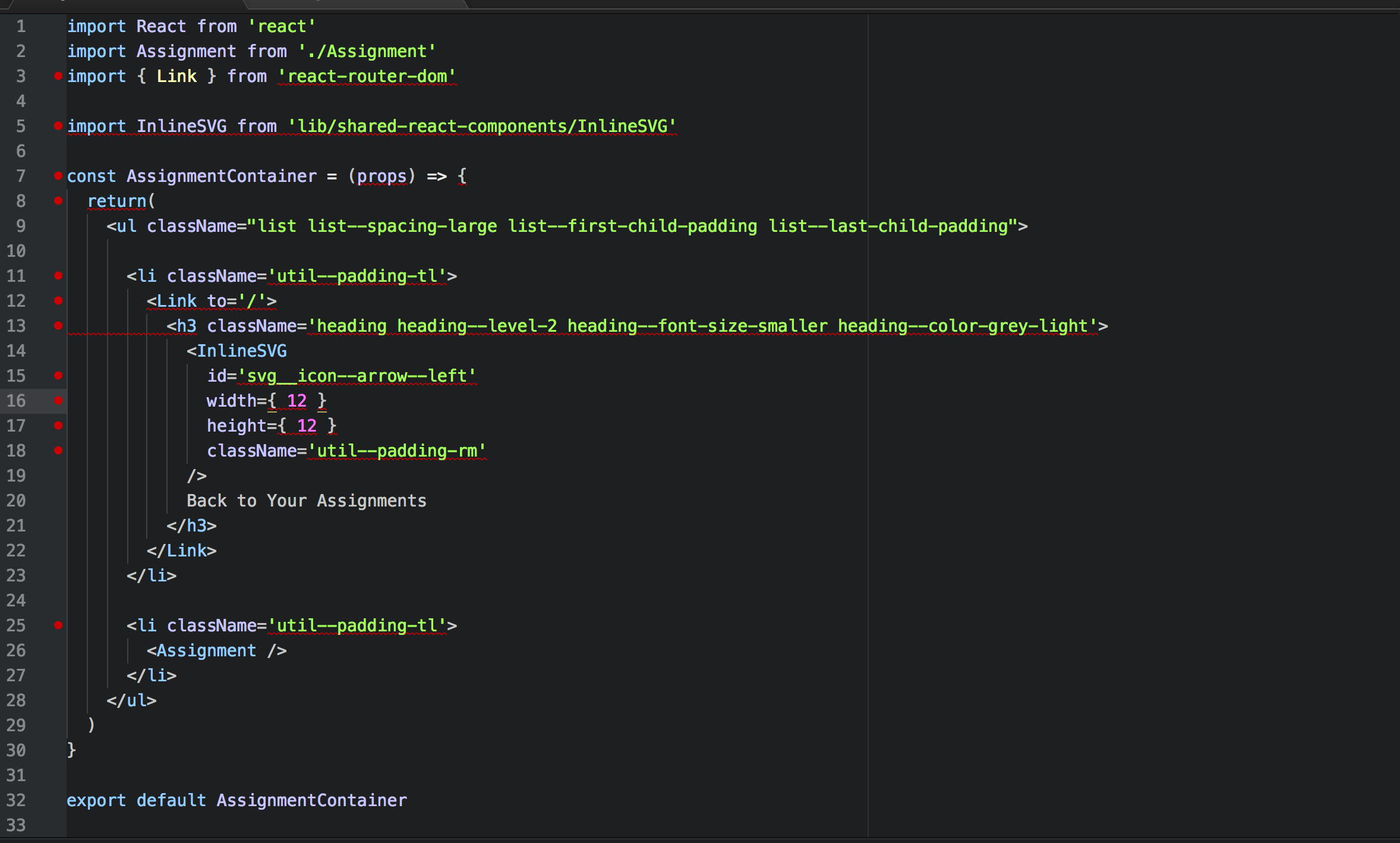 The Atom setup was also thankfully pretty simple. The linting package that ESLint recommended was linter-eslint. Following the install instructions, I did the following:

Then, I went and enabled some settings. This was located at Atom > Preferences > Packages. Then I found the package (linter-eslint) and clicked on the settings button and scrolled down.

I'm not a big Atom user, but what was really nice were the settings. You could be really explicit about which eslint to use, local or global. You could also specify whether to try to fix on save or not. So in this case, I'm going to say that Atom probably wins in terms of ease of use and setup.

The second time I did this, I had to install some linting package dependencies. If you're missing them, Atom will warn you that you need to install them.

So that's all I've got on linting so far. May your code be clean and bug-free.